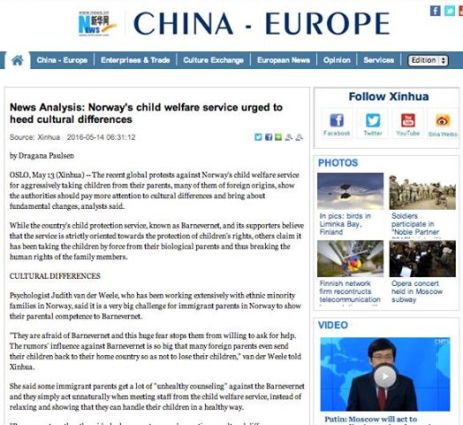 OSLO, May 13 (Xinhua) – The recent global protests against Norway’s child welfare service for aggressively taking children from their parents, many of them of foreign origins, show the authorities should pay more attention to cultural differences and bring about fundamental changes, analysts said.

While the country’s child protection service, known as Barnevernet, and its supporters believe that the service is strictly oriented towards the protection of children’s rights, others claim it has been taking the children by force from their biological parents and thus breaking the human rights of the family members.

Psychologist Judith van der Weele, who has been working extensively with ethnic minority families in Norway, said it is a very big challenge for immigrant parents in Norway to show…